This is the technical postmortem for the game I made earlier this weekend, “60 Sekonds to Save Boxopolis”. The game was made as an entry for a 24-hour game jam hosted by RPI’s game development club. 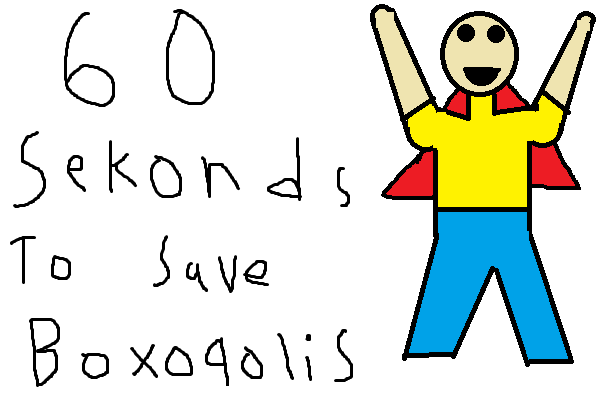 The competition’s theme was 60 seconds to save the world. I was working in a team with 2 other people, one of whom did most of the art and the other who helped a bit with the code, but mostly learned about it from me. The idea of the game is that a 6 year old is playing in his backyard and coming up with scenarios in which the world is ending, and that he has 60 seconds to retrieve the toys he needs to save the world. Before I start the actual postmortem, I’d like to mention that the entire source code (plus history) is available on GitHub

We only took a half hour or so to come up with the basic idea and started dividing up work. Within an hour we had a list of art assets we needed to make and a list of things we had to start programming. I wanted to make a game with pygame (despite my lack of experience with it) and I had everything I needed to start working with it installed and ready from the previous night, but I still spend a good half hour helping the other programmer set up eclipse, git, python, and pygame on his laptop. Once that was set up, we got coding. By 6pm I had worked my way around pygame enough to set up a window that rendered a map in .tmx format with some text overlayed. There was also a solid red square that was our player, and he would collide with certain tiles in the world. The other programmer had set up (with some assistance from me) a method to render text on top of the game, to display the 60 second countdown.

From 6pm to about 8pm we went to downtown Troy to grab some dinner at the Brown Bag, and it was raining when we had to walk all the way back up to campus :(. After that we spent a bit of time implementing multiline text to list all of the goal objects you need to pick up in a level, and also wrote some code to have the player collide with obstacles and goals, and to be able to pick up the goal objects. By that point it was 10pm and my teammates decided to go work in their own rooms and go to bed after that, so I took the rest of the night off (but went to bed much later than 10pm). 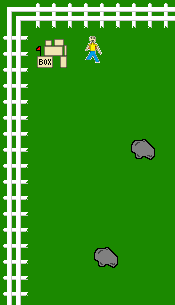 The next morning, we wake up and meet at 7:30 to (supposedly) have breakfast. Except everywhere is closed at 7:30am on a Sunday. Which is understandable, since we only walked past 2 people in the 10 minute walk back to Sage 2510 (the location of the jam). We spent the rest of the day getting the game done. I spent way too much time importing the art (downscaling it and touching things up, I’ll talk more about this later), but after that I implemented levels, redid the background tileset, set up sound, and set my teammate up with the level editor. I spent some time copying the description text and making sure it was properly aligned and not going past the edge of the screen. When the levels were done, I copied them into the game and they all worked with only a few issues I could tweak by hand with Notepad++. We had the other teammate playtest the levels, there were a handful of bugs that I fixed. By that time it was 20 minutes to the deadline, and we realized that I had never put in the animated player sprite and that we almost finished our game with a red square for a player. I finished implementing sprite animation with about a minute to spare, which I spent changing the window title.

After that, we presented our game and got some very valuable feedback from the judges.

How Will I Fix My Mistakes? 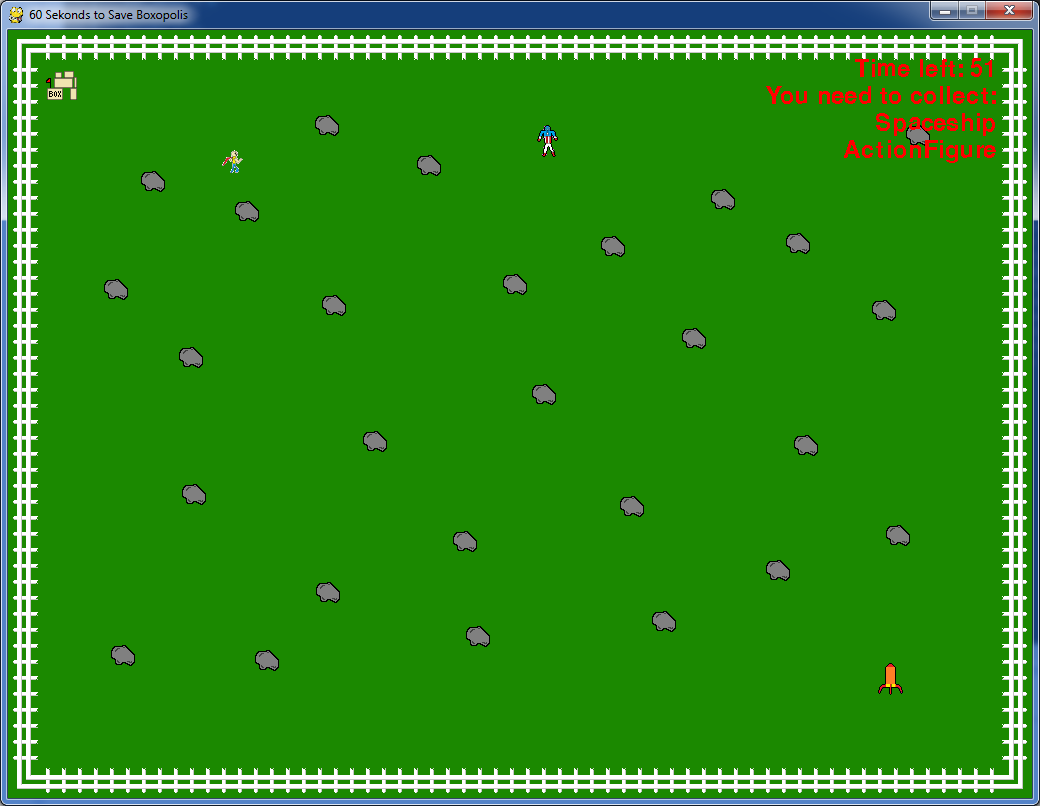 Game jams happen so quickly that almost every entry has some level of hackery in the code. Anything from a harmless, bug-fixing magic number to lengthy, messy hacks that could make grown men cry. I figured with each postmortem I write, I could include the worst hack I had to write to get the game working, so here goes:

I did collision response in the player class, because it seemed to make sense in the beginning, but as we kept building up the game I realized I had to modify the global state of the game when you collide with a goal object. So I wrote a method in main.py and imported it in the player class and called the method. Because I imported main, all the game initialization code was run again and the game was reset to the title menu. The solution? Pass a lambda function to player, player stores it and invokes it whenever it collides with an obstacle or goal object.