Requires OpenAL. If the game crashes at the very beginning, this is probably the issue. Download it here. 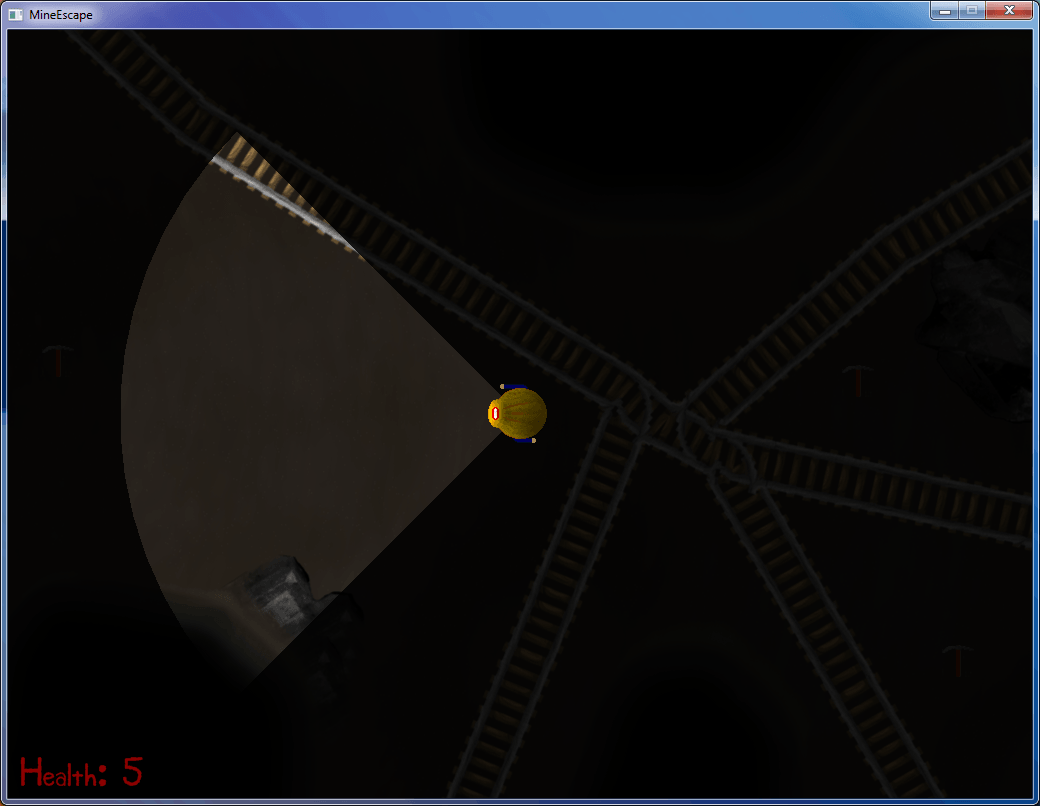 So now that I’ve got two of these RPI game dev club game jams under my belt, it’s time to get that second postmortem done. The theme was Surprise and Suspense. I’m just going to dive right in…

Like the previous game jam, we spent about an hour coming up with an idea. This time I decided to use C# and OpenTK, a combination I’m much more familiar with than Python and Pygame. I borrowed a teeny tiny amount of code from a previous game jam (open sourced) to avoid having to spend time on boilerplate code that most engines already have. Pretty much just the Texture class, the AudioBuffer class, and the Resources class, the AABB class, and the PhysicsManager class, along with a few method definitions for the IState interface. In total it was about ~650 lines of borrowed code, including blank lines and those bulky C# doc comments. The only functionality I borrowed was basic resource management, light wrapping around some OpenGL/OpenAL functionality, and AABB collision detection.

The first few hours were spent setting things up - getting the camera and player classes to move, defining the proper coordinate spaces, etc. Following that, one of my teammates finishes a rough outline of the first level which I use to set up the map collision code. (The entire map is converted to a bool[][] based on whether or not the alpha value of that pixel is below a certain threshold. Each entity’s axis-aligned bounding box is checked against the map for any pixels that are considered solid.)

Following that, I start work on the flashlight/shadowing. The way it works is that I draw the area of the flashlight to the stencil buffer (along with an alpha-tested version of the player) and then draw a fullscreen quad with a slightly transparent black texture everywhere except for the parts of the stencil map I wrote to. The results were alright, there was no penumbra (the edges of the flashlight were very harshly aliased) and no falloff towards the end of the light.

At the same time my teammates were working on detailing the level more and making sprites. I got a bit of work done in the ways of text rendering and menus, then grabbed the new version of the map and the sprites and incorporated them in. There were some minor issues with the level collision map, due to the layering effect/transparency that took a little bit of time to find a hack around. Towards the end of the night, we got a second level done and I took that in and set up some code to progress through levels. This also involved setting up entity interactivity (some hacks to detect collision between the player and the entities in the world) and implement the core mechanic - turn on the generator to turn on the lights in the level and make all the enemies disappear, then use the newly-activated lift to get up closer to the surface.

Before I went to bed that night I also added all of the menus and polished the transitions with some nice fading effects. 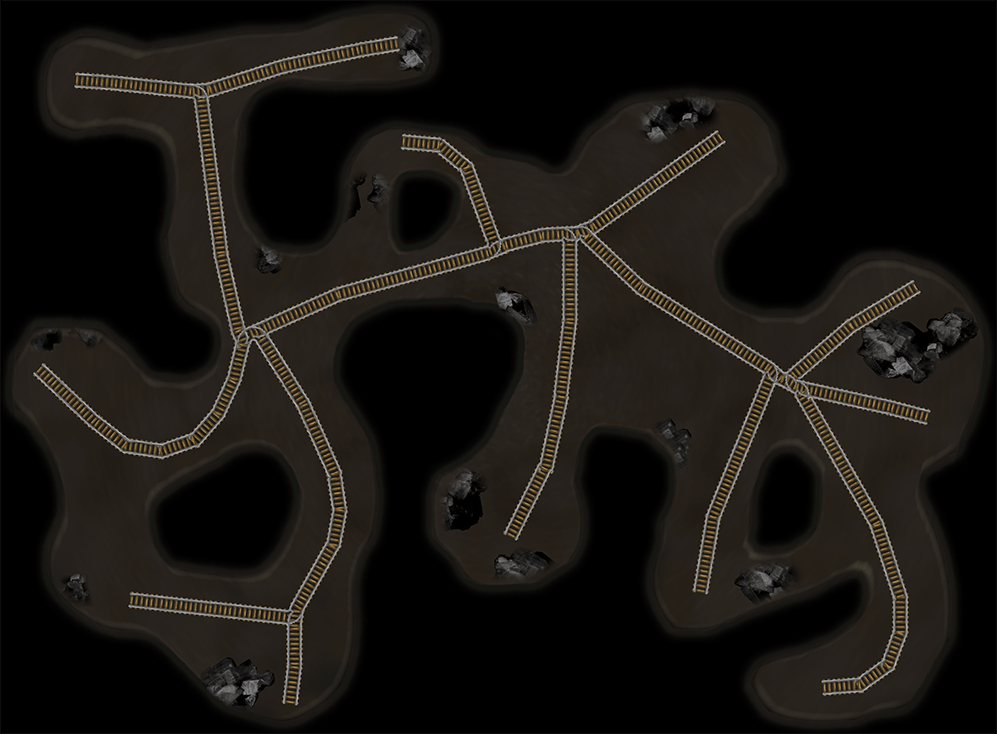 The next morning I woke up at about 9:15am and walked over to Sage 2510 (where the game jam was taking place) and continued working on the menus and polishing the game a bit until my teammates arrived. When that happened I imported the third completed level that he had finished later on the previous night and put together AI for goblins and possessed pickaxes. AI was very simply a radius check and some movement code, and it worked well enough. Following that, I spent a little while trying to get OpenAL’s positional audio to work, but I couldn’t manage it. I’m still not entirely sure why it wasn’t working, but thinking about it now the scale was probably too large for the units OpenAL assumed, but I made all the sources relative to the listener and it got the job done.

With only a few hours left, we started work on the 4th and final level and the “end” level in which you simply walk towards a bright exit out of the cave. We finished that and added a bit of polish in the last remaining hour we had. The final game still had a handful of item placement bugs and dying would send you back to the first level instead of just the last level you were on, which we found out while presenting the game…

How Will I Fix My Mistakes?

Continuing with the organization of the previous postmortem, I’ll post the worst hack in the game’s source code. A lot of the hacking in this game was just making variables public to save some time in writing wrapper properties, and there weren’t really too many terrible hacks since I’m more familiar with C# and have a better idea of how to structure game code in it. The biggest hack I had to make, though, was one dealing with the flow of game states. I wrote a basic state manager really early on that kept track of a state stack (very similar to the article I wrote earlier on the subject), but the way I got the game to restart after winning was by spawning a main menu state under the next menu after the main menu was popped off the stack:

This meant that for a while the game could not be exited with Esc, since that would just pop states off the stack, so the fix was to write a method that would pop all the states off without giving it a chance to spawn the temporary new start menu. So I added a bool to StateManager’s StateAction class for clearing the entire stack knowing that the method immediately after update would check for an empty stack and exit the game, giving it no time to actually push the new stack on.

This was also what caused the death-returning-to-main-menu bug. We had simply forgotten to set up the lose menu state to load a new GameState with the same level, and the game quitting to desktop would have been a clearer indication of this forgetfulness than returning to the main menu, which we simply overlook since most of the testing was done on the first level.